Housing loan interest rate has decreased by 850 basis points in the past year. The consumer, who used 200 thousand lira loan with a term of 10 years, paid 3 thousand 839 lira monthly in May last year but in the same period of this year the amount decreased to 2,778 lira.

Housing loan interest rate has decreased from 1.65 percent to 0.94 percent in the last year. The consumer, who used 200 thousand lira loan with a term of 10 years, paid 3 thousand 839 lira monthly in May last year but in the same period of this year the amount decreased to 2,778 lira. 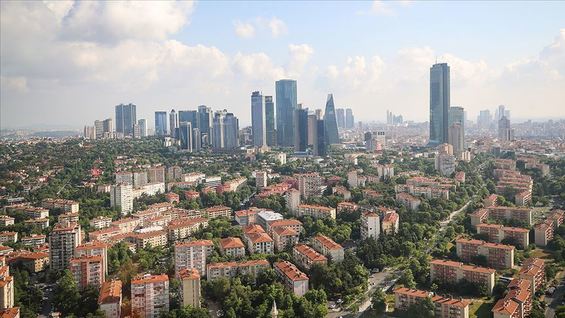 The mortgage loan interest rates, which have been on the rise in recent years, decreased in August 2019 with the campaigns launched by public banks. After repeated cut of the interest rates by The Central Bank of Turkey (CBT), private banks also dropped the rates in housing loans below 1 percent on a monthly basis, especially with the new year.

While the housing loan interest rates decreased by 850 basis points in the last year, the total amount to be paid by the consumer using 10-term loans of 200 thousand TL decreased by 27.4 percent.

The share of mortgage sales in total sales increased by 212 percent from 12.8 to 39.9 percent in April compared to the same period of the previous year due to interest rate cuts.

"The share of mortgage sales increased more than 3 times"

Helmann Construction Chairman of the Board, Selman Özgün, stated to the AA correspondent that the interest rates in housing loans have almost halved in the past year, and that the best reflection of this is seen in mortgage sales.

Expressing that the share of mortgaged sales among the total housing sales in April reached the highest level in recent years, Özgün said: "The rate in question was 39.9 in April. Despite the prohibitions and curfews, the highest factor in this is low interest rates. "

Özgün underlined that mortgage housing sales in the first quarter of the year reached 129,299 with an increase of 238 percent compared to the same period of 2019 and recorded as the highest first quarter data of 8 years.

’ Time for investment, not pessimism or panic’’

Selman Özgün stated that the uncertainty caused by the coronavirus outbreak makes the citizens think about purchasing a real estate, and said the following:

‘’Our citizens should not be bothered by the increasing sales and rental announcements, pessimistic and unfounded words. Especially in this period, it is time to buy, not to sell real estate. Reverse logic is always true in investments. In other words, those who purchase in periods when everyone wants to sell, and those who sell in periods when everyone wants to buy win. In these periods, by creating a crisis and panic atmosphere, some opportunists try to buy the properties owned by our citizens at a low price. They definitely should not get our attention. Those who have faith in Turkey will win. Those who believe in crisis rumors and pessimists will lose. "

Recording that Turkey passsed a very successful test regarding the health care system in epidemic period, Özgün stated: ‘’ In the following months, while Turkey deals with its successful operation during the epidemic, in terms of foreigners Turkey will still be the preferred country. In fact we will see even an increase in demand.’’

The sector invigorates with decreased interest rates on deferred purchases

Istanbul Chamber of Realtors, Nizameddin Aşa, stated that the psychological limit in housing loans is 1 percent, and as soon as the figures fall below this rate, deferred purchases are on the move.

Expressing that one-third of the total sales in the housing was generally mortgaged, Aşa said, "In recent years, especially in the period of 2018-2019, the number of sales decreased and the rate of mortgage sales decreased. However, in August last year, the cuts in interest rates initiated by the public banks moved the sector."

While noting that the interest rates of housing loans have seen the lowest levels in recent years as of May, Aşa stated: "Some private banks have rates that drop down to 0.76 percent. Investing in housing with these rates is a really good opportunity. Citizens are also aware of this. Despite coronavirus, even though the demand is decreasing, it is not over. "