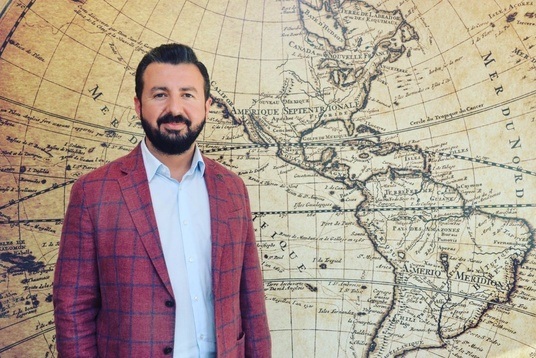 With the legal amendment made in 2018, Turkey has reduced the investment amount requested for citizenship from 1 million to 250 thousand dollars. Decrease in the amount brought great vitality to the foreigners in the housing sector. In January-October 2019, the sales of housing to foreigners broke a record, with 36 thousand 197. In real estate sales to foreigners in Turkey, Antalya is in the top rankings. Dr. Selman Ozgün, Chairman of the Board of Helmann Consturaction, a member of the Association of Real Estate Investment Companies (GYODER), stated that foreigners love Antalya in terms of real estate preferences.

Selman Özgün, recently announced that the interest from China in the Middle East, Russia, as well as from the African continent, especially the South African Republic has begun to attract interest.

THEY CAME AS TOURISTS AND MADE TURKEY THEIR SECOND HOME

Russia and Germany were the countries that sent the most tourists to Antalya this year. The countries participating in the Summit on housing purchases and sales in Turkey were located at the top of the list again. Kemer, Manavgat was the predominant preference of the Russians, while Alanya was among the most preferred places by the Germans. In terms of foreign investors in Antalya, Konyaltı became the center of attraction. Belek as well became investors apple of eye.

INVESTOR’S SPOUSE AND CHILDREN CAN ALSO GET THE CITIZENSHIP

Turkey by giving the right to citizenship in residential sales to foreigners has increased its sales of real estate and housing. Foreigners who buy housing or real estate for 250 thousand dollars can be Turkish citizens, but many companies in the sector do not have information. This arrangement also applies to individuals who invest at least $ 500,000 or depozit it to a bank or foreigners who provide jobs to at least 50 Turkish citizens. In addition, according to the new regulation, foreigners can purchase real estate without paying VAT. But he/she can not sell these properties for at least a year.

The recent increase in exchange rate has benefited to foreign investors in Turkey and citizens living abroad, thereby Dr. Selman said that investments become more attractive, genuine, additionally giving the right of citizenship to the investors’s spouse and children. Dr. Özgün said:’’ It is a very advantageous situation for those who have income in foreign exchange and the most convenient way to acquire citizenship with the new regulation is to buy real estate. We are seeing the foreign influence in the market right now and it will be seen more and more. The fact that the investor’s spouse and children under the age of 18 can also gain the right to citizenship made the attractiveness of investing in Turkey increase"

Dr. Özgün said that Antalya, Istanbul, Izmir, Bursa and Ankara came first in terms of investment potential. Emphasizing that Antalya and Istanbul are especially important, Özgün said that the recognition of these two cities in the world is very high and that transportation is of great importance with their natural and historical values.