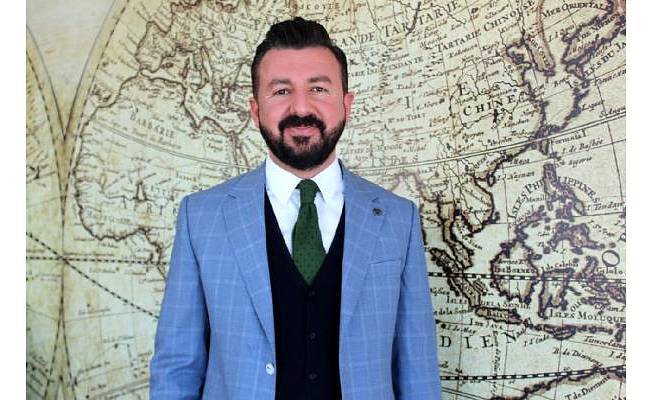 Economist Dr. Selman Özgün, stating that China's investment in Turkey experienced a 120 percent increase, said: ‘’Investing in Turkey, returning to Turkey and number of Chinese who want to take new initiatives in Turkey has increased’’

Helmann Consturaction, a member of the Real Estate and Real Estate Investment Trust Association (GYODER), Chairman of the Board of Directors, Dr. Selman Özgün , gave an information about the foreign housing sales in Turkey. Generally speaking, in 2019 in Turkey, compared to the previous year sales record was broken with an increas of 14.7%. Stating that 45 thousand 483 houses were sold to foreigners in 2019, Dr. Özgün said that they expected this number to reach 55 thousand by the end of 2020. Explaining that Istanbul is the first, Antalya is the second and Ankara is the third in housing sales to foreigners, Dr. Selman Özgün said: "Antalya is the second province but there is a serious difference compared to Ankara as the third one. Antalya has sold residences about three times more to foreigners than Ankara. The difference between Antalya and Istanbul is gradually decreasing as well’’.

IN THE LAST 5 YEARS CHINESE INVESTMENT INCREASED BY 120 PERCENT

Stating that the Beijing-London train line will be built, Dr. Selman Özgün explained that the train line that is going to be built on the old Silk Road route is a project that can change the direction of trade. Saying that Chinese companies have invested heavily in recent years, Dr. Özgün announced that investments in Turkey exceeded 15 billion dollars. Stating that Turkey experienced a 120 percent increase in Chenese investment, Dr. Selman Özgün said that the number of China-based companies exceeded one thousand. Stating that these investments are in a state to be doubled, Dr. Özgün said, "In the past period, the Chinese wanted to invest more in logistics because of the Beijing-London train line project. Logistic centers, especially in the cities of Antalya, Mersin, Istanbul. They made venture and investment. In addition to logistics, they also made investments in health, tourism, agriculture and other’’.

Emphasizing that the trade balance in the world has changed, Dr. Selman Özgün explained that China is a very populated country. Emphasizing the high housing prices in China, Dr. Selman said that the Chinese are in search of new investments and said: "There is a serious air pollution in China. They want to leave their country and get good education for their children, move away from the traditional and crowded society. Fort his reasons , they want to move out to safe ports. Turkey counts primarily as one of the safest countries.’’