The representatives of the real estate sector, who stated that the campaign, which they described as "unique opportunity", would create a spring atmosphere in the sector affected by the epidemic, are united in the opinion that purchases postponed by the consumers will take an action, thereby exceeding one million in the number of year-end sales. 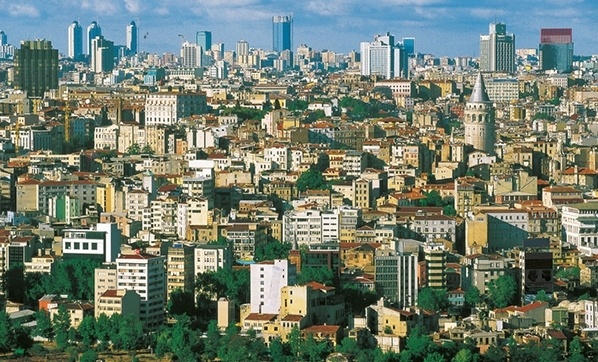 Ziraat Bank, Halkbank and VakıfBank announced that they will offer financing opportunities for first-hand / new or second-hand housing with a term of up to 15 years, with a low interest rate and a grace period of up to 12 months.

Accordingly, for up to 15 years, financing will be offered with interest rates of 0.64 percent per month for first-hand / zero homes and 0.74 percent for second-hand homes.

Speaking to AA correspondent on the subject, Anatolian Side Construction Contractors Association (AYİDER) Vice President Architect Ahmet Erkurtoğlu said that in April, housing sales fell by 55 percent compared to the same month of the previous year and the decline continued in May due to the effects of the break and the epidemic.

Expressing that the decrease in building licenses indicates the stagnation in the construction sector, Erkurtoğlu stated that the credit packages of public banks will add vitality to the sector.

Erkurtoğlu said, "The loan sales up to 750 thousand liras offered in three major cities will accelerate. Especially at a time when everyone is turning to second-hand housing, the 0.64 percent interest rate in first-hand housing and a maximum 12-month grace period create a historical opportunity for housing purchases. We do not think that such low interest rates will be achieved again. "

"Despite the epidemic, housing sales exceeds one million thanks to low interest rates"

Chairman of Nef Mr. Erdem Timur said that the revival of the real estate sector in Turkey with more than 200 sub-sectors came to the point.

Stating that the sales that decreased with the epidemic will increase with the new support, Mr. Timur said that the package provides an important opportunity to the consumer, and added:

‘’Housing in Turkey is not only safe haven but an excellent opportunity thanks to the 4 year almost insignificant increase in the prices. With the newly announced supports, both a very lucrative opportunity is offered to the consumer and an effective move is launched to stimulate the economy. This can stimulate pending housing demand and Turkey may become the European leader with over 1 million sales at the end of the year. "

DAP Yapı Chairman Ziya Yılmaz stated that the loan package is a precious step to revive the national economy and stated: "Indeed, almost all sectors and housing sector are intertwined. This incentive will accelerate sales, and sales will accelerate new projects’’.

Yılmaz said: "I always say: It's time to buy a house. Especially when such housing loan interest rates incentive has been announced. Indeed, since the beginning of 2015, the building construction cost has increased by 106 percent but the housing prices have increased only by 59 percent. This is a picture that the real estate will gain. With this incentive, monthly housing sales will be able to exceed 100 thousand again.’’

Babacan Holding Chairman Ibrahim Babacan stated: ‘’ While the economies of many countries suffered greatly due to the epidemic, the success that Turkey has shown during this difficul period will bring it even to the next level with the new credit support packages.

Babacan said: ‘’With this newly announced loan support, the mortgage loan will be provided to the middle income group in the long term and at low historical costs. We anticipate that the troubles experienced by our sector in the short term will be eliminated with this historical facility that facilitates home ownership with which the sector will gain momentum in the future.’’

‘’By splitting their payments to 180 months, middle and lower income group could own a house’’

Helmann Construction Chairman of the Board Selman Özgün said that people postponed their purchases after high housing loans in recent years and the coronavirus epidemic started just when the sector noticed some movement.

Expressing that the epidemic makes people think about a very important issue such as buying housing, Özgün made the following statements:

‘’For this reason, people were in standby mode again. However, there is a high section of people in need for a house in Turkey. The tenancy rate has approached 70 percent, so there is a serious demand for housing. This demand is high especially in the middle and lower income groups. Thanks to the new loan package especially targeting the middle segment, the lower income group will be able to split their payments with a low rate of 0.64 percent and within 180 months. I think the package will provide very serious mobility in provinces other than Istanbul. "